Use What You Have

Do you use what you have, or do you mainly ignore what you have in your lust for something different, or something more? Like most people, I want more out of life. There is absolutely nothing wrong with wanting to create a better lifestyle for yourself and your loved ones, assuming that you do it the right way. I believe that God did not put us here just to scrape by in life, and that He is the One who gives us the ability to want more of the things in life that matter. Those would include a better Faith walk, better relationships and better health, as well as the drive and ability to serve more people better, which many times will yield more income.

The challenge that I have seen many people have is that they will virtually ignore what they have, and wait around for conditions to get better – or even “perfect.” They fail to use what they have today, in the hopes that their lives will get easier soon.

I remember speaking with the owner of a gas station in the mid-1970’s when I was a teenager. While filling my car with gasoline (something that actually happened back in those days), the owner asked me where I was considering going to college. I told him that I was struggling with a choice: I could either go where I wanted to go – a place that was fun, and had some great sports teams for whom I had been rooting all my life – or go where a lot of my high school classmates were going, which was a very academic (and expensive) university in my hometown (and which, by the way, had pretty awful sports teams). The advice he shared with me that day was an eye-opener for me. He said, “Scott, it really does not matter where you go. What matters is WHAT YOU DO ONCE YOU GET THERE.”

Nelson Mandela once said this:

“It is what we make of what we have, not what we are given, that separates one person from another.”

Nashville’s own Dave Ramsey – a very famous financial advisor on radio and television – spoke about this topic years ago. I heard Dave point out that he graduated from the University of Tennessee (Go Vols!); however, a number of people who worked for him graduated from Vanderbilt University – which is much more expensive, and has the worldwide reputation of being one of the most premier schools that exists.

And yet, here Dave is as the boss, and the Vandy grads as his employees…

So, yes, it is what you do with what you have that matters. It is not what you may have one day. It is not the name of the school on your diploma – or even the fact that you do or do not have a diploma.

What matters is taking what you have – what God has equipped you with, as well as the skills you have learned – and putting it all to good use.

I will leave you today with the story of Anna Mary Robertson (“Grandma”) Moses. She was born in 1860, and worked most of her adult life in the field of embroidery. Over time, her fingers developed arthritis, which made it too painful for her to continue in that field.

As she had long been interested in painting – and realizing that she COULD still hold a paintbrush – she began to paint in earnest at the ripe, young age of 78. She did not sit around, complaining about the arthritis that prevented her from being able to work with needles any more. She took her desire to paint, practiced and studied a lot, and over time Grandma Moses became one of the most famous American artists of all time.

So, what will you decide? Will you sit around on your good intentions, and hope that “your ship comes in” one day?

Or are you going to start maximizing the abilities that God gave you, as well as the skills that you have learned, and start putting them all to great use?

I truly believe that you will make the right decision. 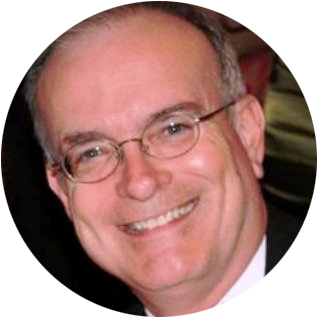